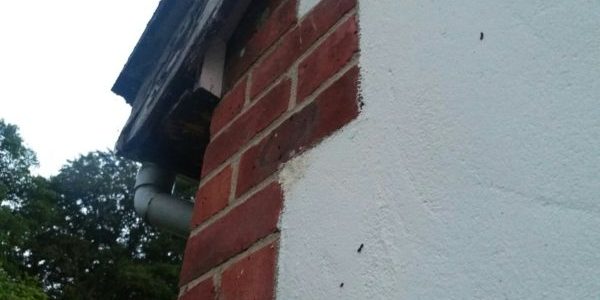 So, having been to a this site on the Hampshire/Wiltshire borders once already we weren’t expecting to see a lot last night. Little did we know that this was all going to change.

Just as we set up there was already several common pipistrelles flying about indicating that a roost was located near by – but after a minute of watching the house it became obvious that they were coming from a gap in a cross gable end.

Half an hour later 25 bats had emerged with several still visible inside the roost, probably looking after the pups!

We hand-netted one bat to make sure it was female and see its breeding condition, it was lactating indicating that a pup was suckling, so it was quickly released to go and feed.

Bat Surveying with a Thermal Camera
August 5, 2016
BLOG CATEGORIES
RECENT COMMENTS
RECENT POSTS
Go to Top
We use cookies to ensure that we give you the best experience on our website. If you continue to use this site we will assume that you are happy with it.OkPrivacy policy